The animation industry has grown a lot since the first half of the 20th century. All this growth is due to the fact that more and more animation production companies are making greater-quality films and short films, paying attention to details.

Something that has characterized these animation production companies, is that they focus not only on good illustrations, but on a great script to captivate the audience.

Each day, there are more and more companies producing quality work animated videos. There are many large and recognized companies, which are leaders worldwide. These have a special place earned in the heart of the audience.

Here are some of the greatest ones: 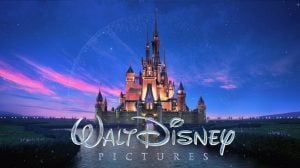 This is a worldwide renowned company. A true pioneer when it comes to animation. This Studio was created in 1923 by Walt Disney himself, and it has managed to evolve in the market, so that it still remains as the number one animation company in the world.

This company is the creator of the famous Mickey Mouse, with whom they have made several films, short films and animated videos. It all started with a mouse who didn’t talk. Walt Disney Studio Animation has more than 58 productions. Their first production was the super famous movie Snow White, and ever since, they have only produced hits that have gotten to every heart. This studio never disappoints and is known for its productions aimed at a fairly young audience. But we all know their films have stolen the hearts of young and old.

Their unquestionable success is evident: they have broken all kinds of records at the box office, and they have been awarded numerous prizes, including the Oscars.

This is another of the largest, most beloved and most recognized animation production companies in the world. In the beginning, this studio was founded as Graphics Groups, which was a subsidiary of Lucasfilm. 10 Years later, it was bought by Steve Jobs.

In the 90s, Pixar and Disney partnered to make several productions where Disney was limited to distribution. However, in 2005 Disney bought Pixar, and although they operate as separate entities, they share creative ideas. Pixar has produced more than 21 feature films. One of the most outstanding characteristics of this animation studio is that each production has its own stamp, and is loaded with a lot of feeling and emotion, all mixed with a very light mood.

Since its first film, Toy Story, Pixar has managed to position itself as one of the best. The company has partnered several with Walt Disney’s Studio Animation to create several of its best films.

Despite not having a long trajectory like the previous ones, this company has developed quite fastly during these last years. It is one of Disnsy’s strongest competitors. Among its most iconic films are Shrek, How to Train Your Dragon and Kung Fu Panda. Over time, the studio has become more renowned for finding its own style.

This is a somewhat new animation production company. It came out of the ranks of Sony Pictures Entertainment. Most of its productions have been well received by the general public. It has even partnered with other companies to bring out big productions.

Among its best known films are the Hotel Transylvania franchise and one of the newest is Spiderman: into the Spider-verse. This last one won the best animation film at the Oscars.  Although this studio has unfortunately also had several failures, they always bet on stories full of creativity and with an incredible design. 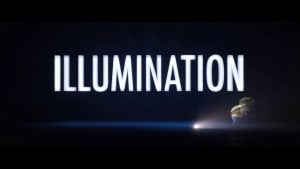 This American studio has won the affection of many. It was created by Chris Meledandri, current president of 20th Century Fox Animation, in 2007. This incredible animation production company currently has 14 films, including several sagas. One of their most beloved sagas is Despicable me and the Minions. This saga has been so cherished by the public that it has become the first non-Disney animated film to gross over a billion dollars at the box office.

This is one of the largest and oldest animated video production companies in the world. Among their most iconic works are the Looney Tunes. They also have created widely beloved characters like Tom and Jerry, Bugs Bunny and Tweety Bird. This company was created by the Warner brothers in 1903. Over the years they have made films in association with other companies such as Dc Comics. They have made movies with 3D animation, such as “Storks”, ” Lego: The Movie” and “Happy Feet”.

Blue Sky is a CGI animation production company dedicated to character animation. It was recently bought by Disney. Created in 1987, this company began creating visual effects, but they always wanted to produce films. And since they won as best short film in the 1998 Oscars, they decided to continue making animations. Among their most recognized feature films is “Ice Age”. 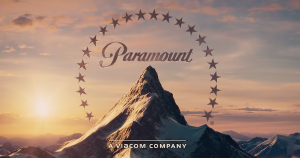 Paramount Animation, is the animated film subdivision of Paramount Pictures, and it is the youngest animated video production company of them all. It started in 2011. Before that, Paramount was in charge of the distribution of DreamWorks movies, until it decided to produce its own animations. Their most famous films are “Rank” and “SpongeBob”.

This is one of the best animation studios there is. It has many jewels among its productions, among the most outstanding are Rio, Tarzan, and Treasure planet. Its characteristic design has made it one of the most beloved animation production companies of this generation. Its last production was made by the hand of Netflix, and it returned to its traditional style.

All these companies devoted to animation teach us that with hard work and a lot of consistency in our actions, dreams come true. Their work is to show us a fantastic world through their incredible animations.

We use technical and analytics cookies to ensure that we give you the best expirience in our website. More info...